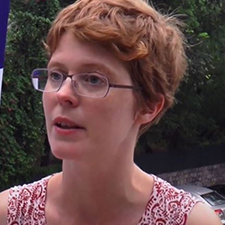 Before embarking on a career as an economist, I was an agricultural engineer with an interest in tropical agricultural systems. I completed a BA and Ms from the University of Leuven (Belgium) in Agricultural Engineering and worked for several years in tropical agriculture and forestry, among others, in Tanzania and in Vietnam. In 2003, I switched to economics, starting with an Ms in International Development from the University of Namur (Belgium). I then completed my education at Cornell University (US), where I obtained my PhD at the Dyson School of Applied Economics and Management at Cornell University in 2010. My first academic job was at the University of Pittsburgh, as an Assistant Professor in Economics. I joined the University of Sussex in 2014, as a Lecturer in Economics. I am committed to public and policy engagement. I have advised and consulted various international organisations, such as, the United Nations, the World Bank, and several of my research projects are conceived ‘outside of academia’, in collaboration with NGOs, such as, Oxfam and the Clinton Development Initiative.

All sessions by Annemie Maertens